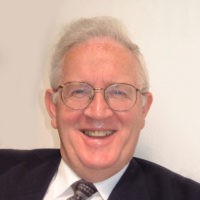 Andy Flower has been an independent consultant since May 2001 advising clients on the LNG business, where his areas of expertise include: strategy, marketing, project structures, LNG shipping, pricing, contracts, LNG supply & demand and project economics.

In his 35 years in the LNG industry, Andy has been involved in the development of LNG projects in Australia, Nigeria, Indonesia, Qatar, Trinidad & Tobago and the UAE and also in the planning of projects in Papua New Guinea, Egypt, Angola, Russia and Venezuela. Andy has marketed LNG in Asia, Europe and the USA, including leading the negotiation of major LNG contracts with buyers.

Before becoming an independent consultant, Andy spent 32 years with BP, 22 years of which were working in BP’s LNG business. In his final role in BP before retirement he was involved in the ordering of three LNG ships and BP’s participation in the Guangdong LNG terminal in China and establishing BP’s LNG trading business.