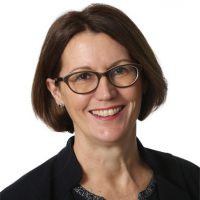 DIANA FRANCE joined HFW as partner in 2001 to lead the firm’s international energy projects practice. Prior to that, Diana spent seven years in-house, including as Legal Adviser for Central Europe & Former Soviet Union for British Gas Exploration & Production Ltd. In that role, she advised on the Kashagan Consortium and Production Sharing Agreements, as well as projects in Poland, the Ukraine and elsewhere in the region.

Diana has over 25 years’ experience of advising on a broad range of oil and gas matters, including host government agreements in most of the major oil producing countries of the world, as well as joint operating, unitisation, farm-in/out, drilling and oilfield services agreements and corporate acquisitions.

Diana has been leading a team of HFW lawyers advising Kuwait Oil Company on its international legal affairs for over ten years. She is also currently advising on a joint venture to establish a drilling business.

Diana has an MA in Law from Cambridge University (Girton College) and is named as a Leading Lawyer in the 2018 Guide to the World’s Leading Energy & Natural Resource Lawyers (and earlier editions). She is noted as being recommended for her upstream oil and gas work by the Legal 500 and was included in The Lawyer list of Hot 100 lawyers for 2015.

Diana is a Solicitor of the Senior Courts of England and Wales.