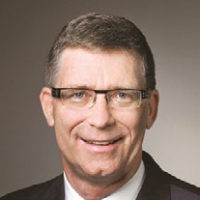 Jay Park QC is the Managing Partner of Petroleum Regimes Advisory and Park Energy Law. Jay has practised energy law for over thirty years, with a specific focus on creating optimum petroleum regimes for states, and advising companies and states on upstream oil & gas transactions. He has advised oil and gas producers, marketers, pipeline companies, governments, banks and multilateral agencies such as the World Bank. His practice has included drafting petroleum legislation and regulations, oil & gas asset acquisitions and divestments, advising on production sharing agreements and concession agreements, product marketing,gas sales and purchase contracts, pipeline transportation matters, oil and gas pipeline asset dispositions, oil and gas regulatory hearings, and joint venture and participation agreements. Jay’s work has taken him to over forty countries around the world. Jay has assisted governments and state oil companies in the design or amendment of petroleum regimes in twelve countries, whose total resources comprise 49% of world oil reserves and 33% of world gas reserves. Jay is actively involved in legal education and training. He has instructed the “International Petroleum Transactions” course at the Faculty of Law of the University of Calgary since 2007. He co-instructs five day training courses hosted by CWC School for Energy, “World Legal Systems and Contracts for Oil & Gas” and “International Petroleum Joint Ventures”. He has been recognized as a leading oil & gas lawyer by all of the rating publishers, including Who’s Who Legal.

What Are Cookies:
Cookies are tiny files that are downloaded to your computer, to improve your experience on our website. You can prevent the setting of cookies by adjusting the settings in your browser.

The Cookies We Set:
When you submit data through a form such as those found on contact pages or comment forms, cookies may be set to remember your user details for future correspondence. In order to provide you with a great experience on this site we provide the functionality to set your preferences for how this site runs when you use it.

Third Party Cookies:
In some cases we also use cookies provided by trusted third parties. This site uses Google Analytics to help us understand how you use the site and ways that we can improve your experience. These cookies may track things such as how long you spend on the site and the pages that you visit so we can continue to produce engaging content.