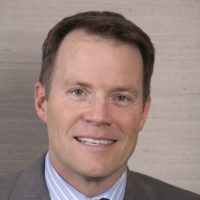 Tom Valentine has more than 30 years of experience in the oil and gas industry, both as a barrister and a solicitor. In 2002 and 2003, Mr. Valentine lived in Doha, Qatar, where he was senior counsel (projects) with Qatar Petroleum. While in Qatar, Mr. Valentine was responsible for a number of international gas and LNG projects, including projects in the United Kingdom (Qatargas II), India (RasGas) and Spain (Endesa Generacion).

Tom has continued his work on LNG projects around the globe. He has advised both governments and project sponsors on LNG projects in Canada (West and East coasts), the USA, the United Kingdom, Peru, Cyprus, Angola, Qatar, Australia, Uruguay, Nigeria, Yemen, the UAE, and Iran.

Tom obtained his B.A. from the University of British Columbia in 1983, his LL.B. from Dalhousie University in 1986, and his LL.M. from the London School of Economics in 1989. He received the Mabrouk Award from Qatar Petroleum in 2003 and is rated by Martindale & Hubbell’s Legal Counsel Rating System as “Very High to Pre-eminent”. He received the R.P. Bamford Award for Academics from Dalhousie University, and the Award of Excellence from the Canadian Petroleum Law Foundation.